Home » Essays on The White Mountain » The Mountain and the Men

The Mountain and the Men 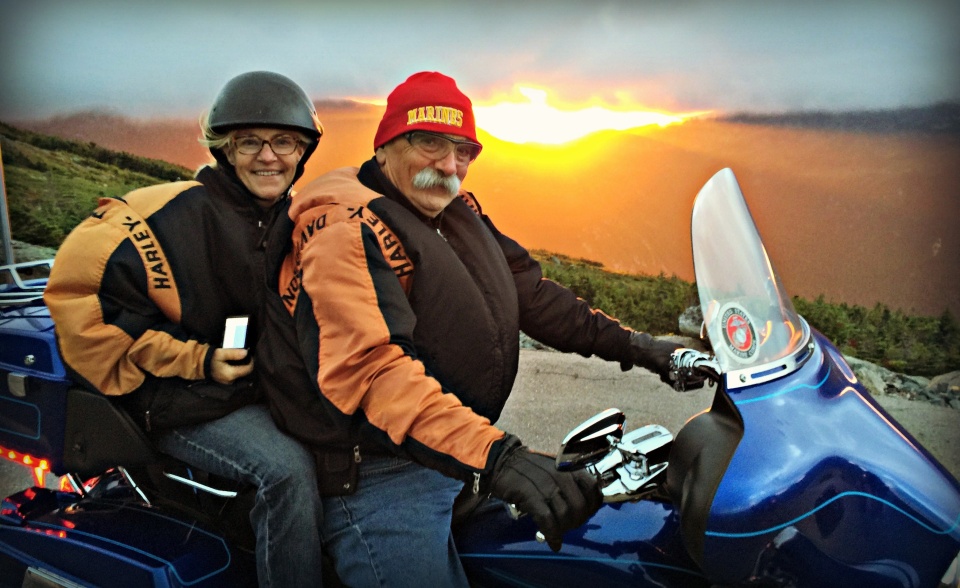 A Marine and His Bike, and the Sunset.

Aug. 7, 2105 – Going to the top of New England with a shuttle full of veterans is the closest to stepping into a Time Machine that I’m ever likely to experience. There I am, the shuttle captain, along with a full load of cranky, gruff marines, army, air force and navy guys and they are acting like kids.

One, Ray, has lived in the North Country for nearly thirty years, but has never been to the top of Mt. Washington. He sits behind the driver, his face two inches from the window, and as we break out of treeline and the glorious Wildcats come into view, he yells, “Are you kidding me, Holy Shit!” Over and over again, unable to better express the sight of the Northern Presidentials, the waves of mist rolling over the summit cone, the paper mill stacks of Berlin on the horizon, Ray just repeats, “Holy Shit, Holy Shit,” until it becomes a mantra of awe, an child-like expression of wonder. I think back to my first time up here. This place – a geology of rock and scrub – changes people. You never forget your first time. 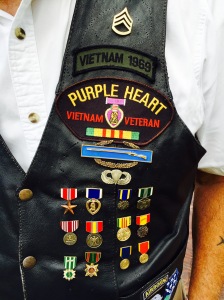 I’d been invited to a National Alliance on Mental Health (NAMI) event at the base of Mt. Washington where more than 150 North Country veterans and their families have gathered to network, share information, hear about services available to them, and most importantly, share their collective stories with each other. The day ended with six shuttles ferrying a big portion of the attendees up Mt. Washington to watch the sunset from 6,288 feet.

They are a mixed bunch, these guys, and they are mostly guys. I speak to an 85-year-old Korean War Marine Vet who explains that he doesn’t understand all this talk about sharing and PTSD. “You don’t do that, you just keep it to yourself,” he explains to me as we stand in the hot dog line. “All those guys who brag about their time in the service, tell you war stories, most likely those guys are the ones making it all up.”

I think of my uncle, a gunner in a B-17, who never spoke to anyone about his service. But I have pictures of his plane on the ground after a mission, all shot to hell, broken and terrifying.

This silence, of course, is exactly the sort of thing that NAMI is trying to address in vets, a reluctance to reach out, to show weakness, to ask for help. That’s a silence that leads to family stress, social disconnection and sometimes suicide.

A Purple Heart Vietnam vet named Dave sums this up nicely in a speech to the group when he asks, “My challenge to you is, do you have anybody in your life today that’s got your back, that’s got your six?” 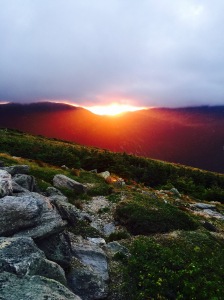 Meanwhile, near the top as the sun breaks through a patch of clouds and an explosion of shimmering orange light rains down on the Great Gulf lighting up the ridge like it’s on fire, Ray has the crew in stitches with his exclamations. He’s a big man, and even though he has a hard time walking now and his eyes are perpetually moist, the lines in his face and the scars on his arms and legs speak of a hard-lived life.

This goes on for quite a while, until Ray stops talking and seems to look beyond the clouds, past the rows of mountains, like he’s removed himself from our group for a moment, like he’s remembering… things. Then, quietly, almost to himself, he says, “If I were to say a prayer up here, it would get there first.”

Mt. Washington has made this old veteran a poet.

Dan Szczesny is a author and journalist living in New Hampshire. He’s currently working on The White Mountain, a compendium of the cultural history of Mount Washington. For more information on the book and to learn how you can contribute, watch the video here: The White Mountain Book 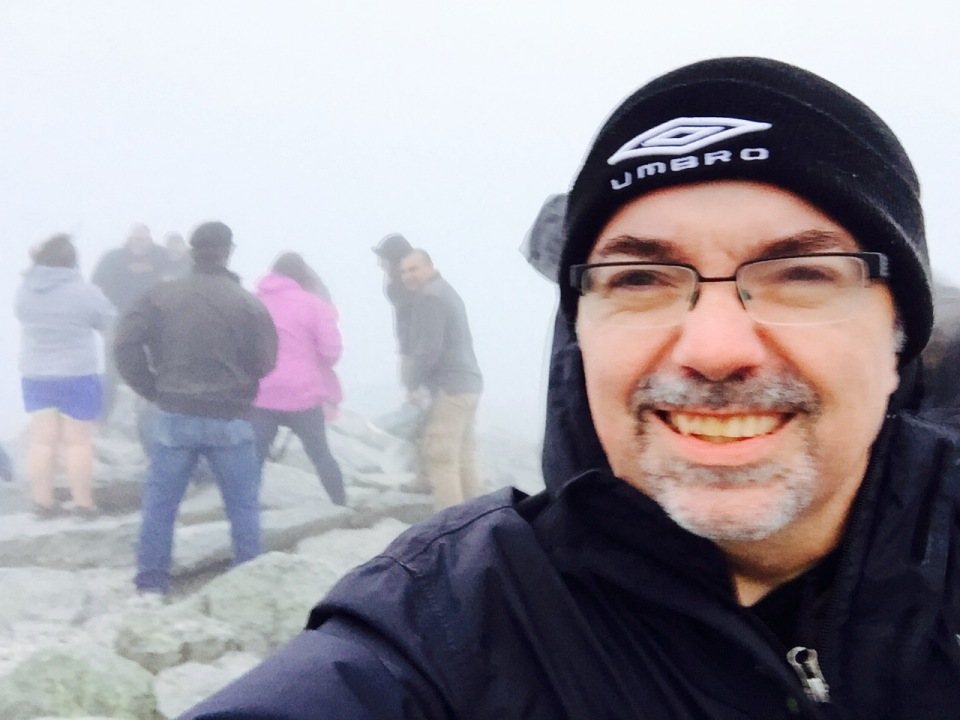